Since our last issue (May 2020), cries of “No Justice? No Peace!” have rung out in mass protests against anti-Black police violence in the United States, sparking allied protests around the globe. Some protestors are spurred by lack of legal accountability for police. But there is also a resurgence of abolitionist activism arguing that reform—whether in the guise of trainings, revised policies, or new or better application of the law—is insufficient to bring about justice and liberation. Even if legal reforms were a sure path to justice, our current institutions are under direct threat. With the death of U.S. Supreme Court Justice and feminist cultural icon Ruth Bader Ginsburg, we see how tenuous such institutions can be. As we write, federal judge Amy Coney Barrett is likely to be confirmed to replace Ginsburg, tilting the Supreme Court 6-3 in favor of conservatives—just as vast numbers of younger Americans are moving increasingly left and as social justice has become a household term for many of them. Some are starting to wonder whether such judges are actually just, or whether a court (or any one individual person) can actually effect lasting justice. In addition, it has become clear that the COVID-19 virus, as a socially-shaped pathogen, is deeply unjust. It is devastating communities of color in the U.S., while conservative lawmakers go to the courts to challenge government mandates to wear masks and regulate social distancing in churches and businesses. More than 120 U.S. cities, counties, and states have now declared racism a public health crisis, recognizing the deep connections between racial and health justice. Yet for many involved in public health, such government declarations fall short of what is needed, just as the idea of legal reform does for racial justice advocates.

This current moment, and this issue of PoLAR, demand greater attention to how people around the world are imagining and enacting justice not only through and in opposition to the law, but also beyond it (see Bocajero, this issue). This necessarily involves tracking the expanded meanings of the concept of justice itself. As Sandra Brunnegger argues in her introduction to this issue’s special collection, there is new urgency in extricating justice from the law—both conceptually and practically. The articles in this issue challenge us to recognize and understand how everyday people are already doing that in exciting new ways that are often rooted in long-term struggles. Inspired by their interlocutors, legal anthropologists have long called attention to what Rachel Sieder (this issue) terms “the foundational violence of the law.” They have emphasized how legal codes can re/produce inequalities and have analyzed how individuals have fought inequalities by getting laws changed, or by manipulating legal systems and institutional settings to gain justice.

In introducing this issue’s special collection, “Ethnographies of Justice,” Brunnegger argues for a new anthropology of justice that insists on its multi-faceted and context-specific relationship to the law. Each contribution fleshes out the possibilities and limitations of the relationship between justice and the law. Diana Bocajero’s piece calls attention to how campesinos in Colombia enact environmental justice beyond the law by drawing on different temporalities and spatial scales. Rachel Sieder shows how Mayan activists in Guatemala do the same through “ontologies of justice” outside of modernist legal frames. Tobias Kelly argues for uncoupling ethics from justice by analyzing the case of conscientious objectors to war in Imperial Britain, where the discussion of ethics reproduced inequalities grounded in liberal notions of the individual.

The other articles in this issue, while not always naming the theme of justice, all show us how marginalized groups seek recompense, retribution, or fairness against or beyond the law. Four do so by attending to language. Sandhya Fuchs analyzes how language and linguistic registers become barriers to justice, in an article on how law enforcement officers in India use legal registers and aesthetics to deny translation of claims to justice under anti-discrimination law. Tiana Hayden also focuses on language, showing how metapragmatic talk about why people do not report crimes in Mexico City actually allows the ideal of upholding the law to persist, criminalizes certain subjects, and turns even non-reporters into proper citizens. Alana Glaser demonstrates how New York-based female domestic workers who labor in the most precarious and isolating sectors of the economy generate solidarity through genres of collective complaint. Michael Vine argues that cynical speech helps shape how transportation activists in Tampa, Florida manage frustration and despair. Cynicism as discourse and affective stance allows these activists to come together to create collective performances of citizenship that sustain political coalitions. In both Glaser and Vine’s pieces, we see how defining justice against the limits of existing legal frameworks is a central strategy in transformative organizing work that addresses deep structural inequities grounded in gender, race and class.

Three articles in this issue address how people manipulate materiality, the senses, and space to achieve a sense of future possibility, to question legal authority, and to reveal illegality. Mei-chun Lee’s essay shows how hacktivists in Taiwan disrupt virtual space and crowdsource data production to reveal bribery and corruption in campaign finance. Larisa Kurtovic asks how workers at a nearly bankrupted Bosnian detergent factory seek to as- ´ semble a future out of what others perceive as a ruin. Reframing the factory as a former and potential site of productive labor, workers advocate for their own social and economic value against the logics of privatization. Susanne Verheul similarly draws attention to the ways in which materiality, space and sense activate and inform how people articulate the meaning of justice and rights. Drawing on ethnography at Harare’s Criminal Magistrates’ Courts in Zimbabwe, she shows how human rights lawyers and their clients highlight injustice by mobilizing a critique of the dirt, smells, and crowding of the courtroom itself. Taken together, these pieces demonstrate the overlapping meanings and experiences of space and place and the ways they become a means for critiquing abuses of political and legal authority.

Following these articles, and Brunnegger’s call, we see extricating justice from law as critical to a just anthropology—one that takes the lead from our interlocutors and expands our social justice commitments and imaginations. Imagining justice both within, and beyond, our institutional structures and taken-for-granted categories is an urgent political and scholarly act. For more on this theme, see our special series on India’s Constitutional Amendment Act at PoLAR Online, and look for news on our website about PoLAR’s engagement with issues of equity and justice in publishing, peer review and citational practice.

Finally, we would like to dedicate this issue to the memory of Sally Engle Merry, in gratitude for her intellectual and professional leadership in APLA and in PoLAR. Her spirit of intellectual curiosity and warmth will continue to live in the pages of this journal.

Criminalization through Complicity: (Not) Reporting Crime in Mexico City

When All That Is Solid Does Not Melt into Air: Labor, Politics and Materiality in a Bosnian Detergent Factory

Free the Data from the Birdcage: Opening Up Data and Crowdsourcing Activism in Taiwan

“Rotten Row is Rotten to the Core”: The Material and Sensory Politics of Harare’s Magistrates’ Courts after 2000

On Cynicism and Citizenship: The Place of Negative Affects in US Antihighway Activism

Ethnographies of Justice: Doing Some Justice to “Justice and Law”

“To Speak the Law”: Contested Jurisdictions, Legal Legibility, and Sovereignty in Guatemala 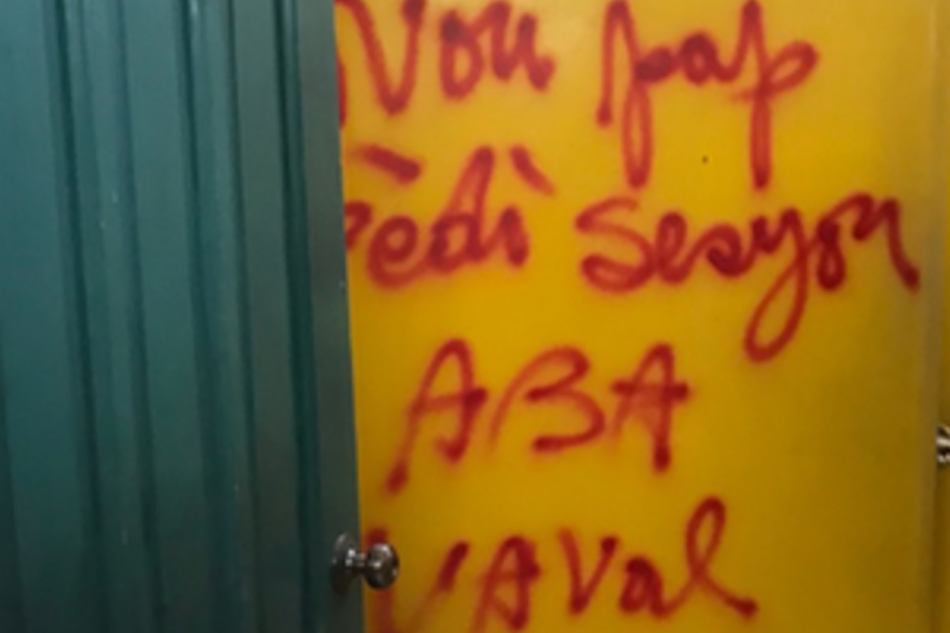 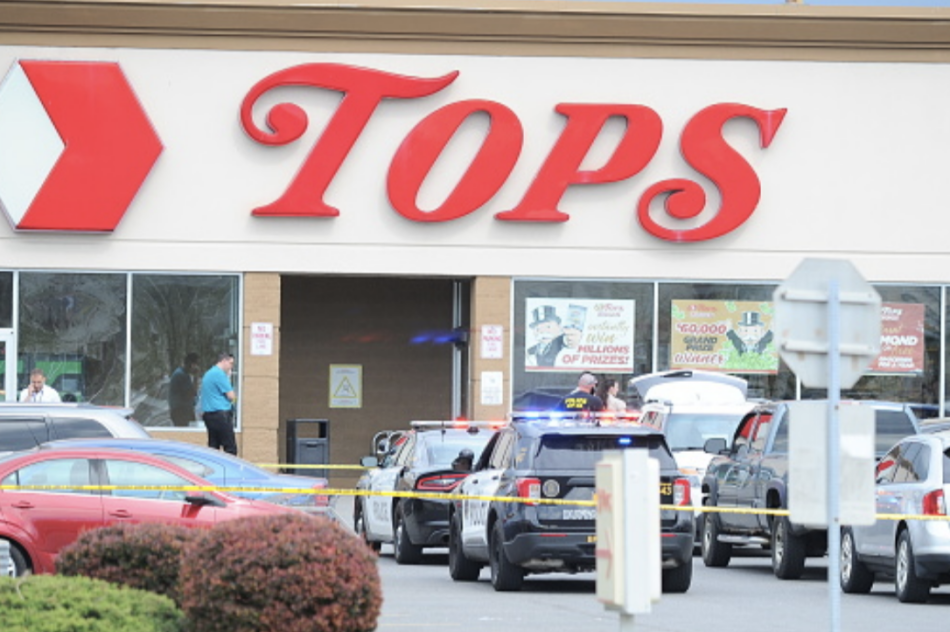