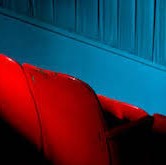 This virtual edition explores the topic of futures in anthropology. It highlights how the deployment of the future as an analytical tool facilitates particular claims about temporality, possibility, and the ramifications of historical events and imaginaries. [Read Introduction] 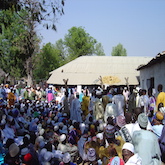 Portrait of a Chief between Past and Present: Memory at Work in Colonial and Postcolonial Gambia
Alice Bellagamba in Volume 25 Issue 2. November 2002

This article focuses on a chief’s personal story and historical memory, as embodied in a variety of sources. This ethnography addresses sensitive issues in the contemporary theoretical debates on social memory, colonial governance, and its legacy in the postcolony. [Read Bellagamba’s Postscript]

Political Economy and Robert Kaplan in Africa: A Comment on ‘The Coming Anarchy’
Catherine Besteman in Volume 23 Issue 1. May 2000

This article asks if we should be pessimistic or terrified about a future world without nation-states. Perhaps, the alternatives to a global order structured on nation-states are worse than what the world has experienced, but we need to be open to the possibility that they may emerge. [Read Besteman’s Postscript]

The Last Place on Earth: Antarctica and Virtual Capitalism
Elena Glasberg in Volume 21 Issue 1. May 1998

This article draws our attention to Antarctica, a “place beyond” and region with only a recent human past, as a site of intense global mediation and competing territorial claims. Only a tenuous regulatory power, the Antarctic Treaty System, arbitrates claims made by nations, corporations, and environmentalist movements. [Read Glasberg’s Postscript]

‘The War is Going to Ignite’: On the Anticipation of Violence in Lebanon
Sami Hermez in Volume 35 Issue 2. November 2012

This article elaborates on the constant anticipation of violence that runs deep within society in Lebanon and how war restructures the sense of one’s future. The objective is to think of mundane locations of violence and how we come to live the violence in and through ordinary times. [Read Hermez’s Postscript]

Human Genome Diversity Project and the Precession of Simulacra
Kathleen Lowrey in Volume 21 Issue 1. May 1998

This article explores the making of an oppositional politics that transcends the terms of its own initial engagement, and which enacts a transformation from the politics of response to the politics of anticipation. Just such a politics may emerge from opposition to the Human Genome Diversity Project (HGDP). [Read Lowrey’s Postscript]

This article concentrates on political entrepreneurship, indoctrination, cultural concepts of youth, and the history and future of change in Nepal’s political culture, with student political organizations serving as the gateway into mainstream party politics and political careers. [Read Snellinger’s Postscript]

The Hope Crusades: Culturalism and Reform in the Arab World
Mayssoun Sukarieh in Volume 35 Issue 1. May 2012

This article analyzes three public relations (PR) campaigns in the Arab region that promote the slogans of “Hope,” “Life,” and “Optimism” as a means to change politics and people’s orientation towards the future. It argues that a hegemonic culturalist way of thinking about the Arab world shapes these PR campaigns and the broader reform projects to which they are linked. [Read Sukarieh’s Postscript]

Past Loss as Future? The Politics of Temporality and the ‘Nonreligious’  by a Japanese NGO in Burma/Myanmar
Chika Watanabe in Volume 36 Issue 1. May 2013

This article examines ideas of the past and future as in continual osmosis in the development aid work of one of the oldest Japanese NGOs, the Organization for Industrial, Spiritual and Cultural Advancement, and its training courses on sustainable agriculture in Burma/Myanmar. [Read Watanabe’s Postscript]