Afterword to Speaking Justice to Power III and PoLAR Emergent Conversation 8,
Confinement, Cauterization, and Antipolitics in the Americas

“The severity of punishments is fitter for despotic governments, whose principle is terror, than for a monarchy or a republic, whose spring is honor and virtue,” wrote Montesquieu in The Spirit of Laws, adding to this logical observation what he deemed an historical fact, namely that “penalties have increased or diminished in proportion as governments favored or discouraged liberty.” Were he to interpret today the evolution of the prison population in the Americas over the past decades as a sign of the severity of punishments, the French philosopher would undoubtedly conclude that the continent has regressed into despotism with its principle of terror. However, what would particularly puzzle him is that this punitive turn has occurred under regimes known as liberal democracies, a contemporary equivalent to what he called republics. Indeed, in the United States, the beginning in the 1970s of the phenomenon now called  mass incarceration corresponds to the supposed end of legal racial discrimination as a result of the civil rights movement. In the following four decades, the U.S. incarceration rate, which had remained stable for more than half a century, multiplied by five, in a steady increase independent of the political changes in the White House and the Congress. Even more troubling, in Brazil, whereas the prison population had hardly expanded under the twenty-one-year military dictatorship, it paradoxically started skyrocketing immediately after the return of free elections in 1985: the number of prisoners quadrupled in only twenty years, the curve being unaffected by the replacement of center-right coalitions by a left-wing party in the government. Similar tendencies have been observed in other countries, notably in the Southern Cone, where carceral demographics rose rapidly at the end of the dictatorships.

This disturbing conjunction between the advent of liberal democracies and the surge of repressive policies would definitely shake the certitudes of the Enlightenment’s herald. He would probably think that either the logical and historical connection he established between liberty and leniency, between virtue and moderation, is erroneous; or that what we now name liberal democracy is in fact a mask for a disguised form of despotism. In the fascinating series of essays and debates gathered in this “Speaking Justice to Power” volume, the authors have opted for the second interpretation. Liberal democracies are not what they claim to be. The way in which they use their police to repress protests, deprive prisoners of their rights and detain people seeking asylum, separating them from their children, signals a renouncement to their purportedly foundational values. This analysis is, I believe, what underlies the three-part discussion between Catherine Besteman, Karina Biondi and Orisanmi Burton: a profound suspicion toward the polity of their respective countries that is more than a mere anxiety about present circumstances. 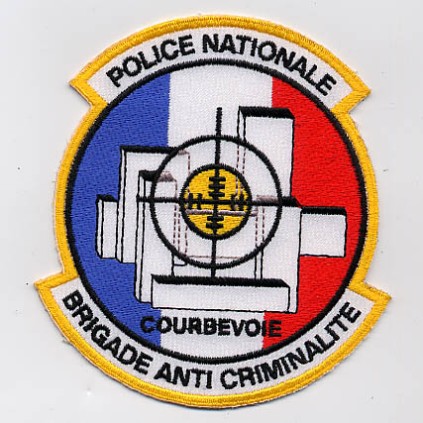 Indeed, one question that immediately comes to mind is whether this deceit is a recent perversion of the regime or whether it is intrinsic to it. The simple fact of the spectacular increase in the prison population shows that there is an aggravation of the situation, but a deeper inquiry suggests that the worm was already in the fruit. Indeed, in the past three decades more or less, inequalities have deepened, welfare has shrunk, capitalism has hardened, authoritarianism has intensified, confidence in liberal principles has declined, and trust in representative democracy has waned. Yet, the system itself offered structural conditions that were favorable for these developments.

The election of Donald Trump, which is in the background of Besteman’s evocation of the current situation of refugees and prisoners, and of Jair Bolsonaro, who was still an outsider when Biondi  spoke about the presidential campaign in her country, represent a climax in this evolution, but they also reveal a preexisting crisis. After all, Ronald Reagan with his neoliberal shock, Bill Clinton with his tough on crime policy and George W. Bush with his bellicose program paved the way to the present situation. And in Latin America, the dictatorships of the 1970s and 1980s, supported by the United States, remained in power not only by the force of arms but also thanks to the endorsement of the middle and upper classes, which largely explains why these transitions to liberal democracies have been so smooth, with such a remarkable leniency toward former dictators and their agents. For example, the Brazilian justice system has been much more severe toward Luiz Inácio Lula da Silva for having used corporate money to improve a house that he was suspected to later acquire than toward the generals whose repression caused thousands of deaths and disappearances. In the case of the United States, Burton goes even further back in time as he examines nineteenth-century slavery and twentieth-century lynchings. He thus demonstrates that the source of current problems is much deeper than generally admitted, and that in reality the country never lived up to its pretense to be the first, largest and greatest democracy in the world. But he also reminds us that what seems to have been recently discovered by mainstream media and the majority of the population about the functioning of society, particularly police abuses and discrimination in the penal system, had long been known by African Americans, who were victims of them and simply not listened to – no false consciousness, there.

When analyzing the connection between liberal democracies and repressive policies, it is therefore crucial to avoid thinking in terms of linear race to the bottom as well as in terms of a perpetually immobile state of affairs. Both continuities and discontinuities must be acknowledged. Engagement with politics entails precisely the recognition of this fine line distinguishing and connecting structural facts (the simultaneous birth of democracy and prison, for instance) and significant variations (the present substitution of the penal state for the social state, especially). This recognition is all the more necessary when we try to understand the meaning of a configuration in which the repressive state puts on democratic attire, rendering the habitual political lexicon of fascism or illiberalism insufficient to fully account for what is at stake. Indeed, police violence against protesters and attacks against the rule of law exist in Nicaragua under the leftist Sandinista government analyzed by Julienne Weegels as well as in Brazil after the right-wing institutional coup of the so-called Bullet Alliance discussed by Jorge Mattar Villela. But the challenge is not so much to invent new words or concepts as to finely describe these practices in their diversity. Thus, the Brazilian program of assisted freedom for delinquent adolescents presented by Sarah Munhoz, which seems a remote sister institution of French nineteenth-century penal colonies, with a similar ambivalent combination of retribution and atonement, has a moral project opposite to that of the overcrowded gruesome prisons while being part of the same repressive state apparatus.

The ethnographies presented here, albeit just drafted, suggest a multiplicity of modes of punishment. Thus, in the United states, the most cruel forms of instrumentalization of law to prevent a migrant adolescent from terminating an unwanted pregnancy, as recounted by Nicole Guidotti-Hernández, coexist with experimental programs designed to facilitate the self-reconstruction of prisoners in the destigmatized environment of firefighting squads, on which Lindsey Raisa Feldman has conducted her observation. In that respect, the series’ transnational comparisons can be illuminating, as that outlined by Karina Biondi and Jennifer Curtis between the unexpected coming to power in Brazil and the United States of two nationalist and populist leaders who immediately acknowledge their affinities and resemblances, or that sketched out by Alessandro Angelini between law enforcement practices in Rio de Janeiro and Baltimore, which in both cases involve grave abuses and ordinary discipline as modes of social control of the poor at the margins of the city. But as is well known, ethnographers rarely have a direct access to violence, especially in its most appalling manifestations, both because such scenes would expose them to personal risk and because perpetrators do not want witnesses. As an alternative, archival material can provide precious testimonies, as Brie Gettleson shows in her work based on the documents gathered by the Guatemalan Grupo de Apoyo Mutuo, which renders possible the account of what happened to those who disappeared during the terrible repression against the Maya, as adults were massacred and children kidnapped to be handed over to the military for adoption. 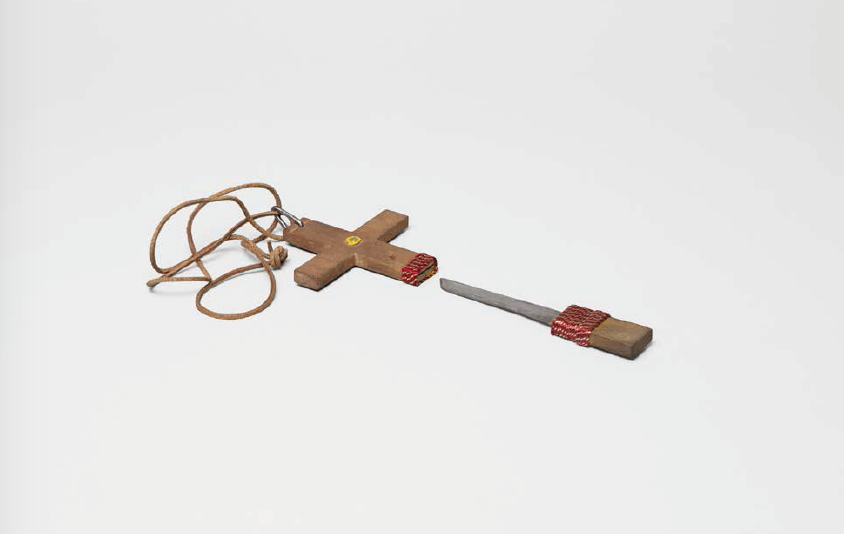 Credit: Mélanie Veuillet, Weapon made by a prisoner and confiscated by the administration.

These studies across the continent have the merit to make visible what is too often hidden in plain sight: the work of the repressive state in liberal democracies. Certainly, we have some occasional insights into it, in particular when children are involved and compassion is mobilized. However, the most serious issues and abuses remain obfuscated, as Besteman argues. Prisons often remain closed not only to researchers or journalists but also to lawyers and human rights activists. What happens inside is unknown territory for the majority of the population, who seems to delegate to the darkest part of the state the power to discipline and punish with little external control. The indifference of the public toward the way in which repression is carried out is in large part due to the fact that this repression is mostly targeted against the most disadvantaged segments of society, that is, the poor, the minorities, the immigrants, while giving the middle and upper classes the impression that it protects them. When we think of this repressive turn, we therefore need to remember that it almost exclusively affects a specific part of the population, those whose life is definitely deemed of little value. Hence the tolerance toward, and disregard for, what happens in prisons. It is therefore all the more crucial to have the voices of those trapped in the punitive apparatus heard since, as Jennifer Curtis and Randi Irwin argue, repression is precisely an attempt to muzzle them while numbing the majority.

This is the meaning the radical prison movements developed in the United States through hunger strikes, sit-ins and boycotts, which often refer to the memory of previous events such as the Attica rebellion or past figures such as Nat Turner, as mentioned by Burton, and in Brazil through the action of the Primeiro Comando da Capital, on which Biondi has worked. In breaking the silence and unveiling the punitive order, ethnography is a modest but important instrument to do justice to these initiatives and produce a shared critique of the repressive state.

Didier Fassin is the James D. Wolfensohn Professor of Social Science at the Institute for Advanced Study in Princeton and a Director of Studies at the École des Hautes Études en Sciences Sociales in Paris. Anthropologist, sociologist and physician, he has carried out extensive research in Senegal, Congo, South Africa, Ecuador, and France. Having conducted a four-year ethnography of a correctional facility, he became a member of the Scientific Council of the Controller General of Prisons, a French independent body. Former vice-president of Médecins Sans Frontières, he is currently President of the French Medical Committee for Exiles. He recently authored Humanitarian Reason. A Moral History of the Present (University of California Press, 2011), Enforcing Order. An Ethnography of Urban Policing (Polity, 2013), Prison Worlds. An Ethnography of the Carceral Condition (Polity, 2016), Life. A Critical User’s Manual (Polity, 2018) and The Will to Punish (Oxford University Press, 2018).