PoLAR: Political and Legal Anthropology Review’s fourth emergent conversation features a variety of perspectives regarding the American Anthropological Association’s (AAA) vote on a possible boycott of Israeli academic institutions. From April 15-May 30, AAA members have a chance to cast a vote on the proposed boycott of Israeli academic institutions. The perspectives featured here do not represent the collective position of APLA and its members, which does not officially support or oppose the measure. It is provided as part of PoLAR Online’s mission to provide spaces for emergent conversations and debates related to political and legal anthropology.

Why We Need An Academic Boycott: Four Perspectives | curated by Lori Allen and Jessica Winegar

Anthropologists for the Boycott of Israeli Academic Institutions has curated a video, two essays by anthropologists Karen Brodkin and Donald Donham, and an interview with anthropologist Lenore Manderson, each examining different political aspects of the debate over, and need for, the boycott. Brodkin refutes the claim that the boycott will target individuals, explaining (again) that the boycott focuses on institutions. Donham and Manderson both discuss the boycott in relationship to the struggle against apartheid in South Africa. The video, filmed by Mohammad al-Azza, a Palestinian videographer from Aida Refugee Camp, Bethlehem, and produced by Anthropologists for the Boycott of Israeli Academic Institutions, features Palestinian scholars discussing the boycott and the Israeli state’s brutal suppression of academic freedom at Birzeit University in the West Bank.

On its face, the anti-boycott statement that some anthropologists received via email in February, a version of which is here, argues that there is a slippery slope from a boycott by the AAA of Israeli institutions to hardship, discrimination and “guilt by association” against individual Israeli and US anthropologists; that boycotting an institution necessarily impacts its members:

This suggests that a boycott of Israeli academic institutions necessarily stigmatizes all members of those institutions, by accusing them (and US scholars who work with them) of guilt by association. Is this the case? Anything but.  [Read the full text]

Why I Support the Boycott |  by Donald L. Donham 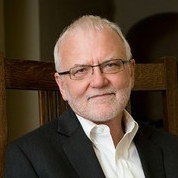 I support the proposed boycott of Israeli academic institutions. Boycotts can sometimes be blunt instruments. For example, the boycott of apartheid South Africa was much more broadly cast. The proposed boycott of Israel seems to me finely focused and designed, in fact, to produce academic engagement. The boycott issues a strong symbolic statement. That statement involves the insistence that we scholars hold the powerful, in this case Israel and the United States, accountable for solving the Israeli-Palestinian conflict. The continuing settlement of Palestinian lands must stop.

Universities, though not the primary actors in this conflict, are nonetheless parts of a structure of power that conditions it. As the report to the AAA shows, the links between Israeli universities and the occupation are not hidden. And the plight of Palestinian students and scholars in Israeli academic institutions is a serious one.  [Read the full text]

Why I Signed | An Interview with Lenore Manderson

South African universities are signatory to the boycott of the Palestinian Campaign for the Academic and Cultural Boycott of Israel (PACBI). PACBI has advocated, since 2004, for a boycott of Israeli academic and cultural institutions. The boycott makes explicit, at the outset, that the focus is on institutions, not individuals, and it upholds the universal right to academic freedom. The institutional boycott called for by Palestinian civil society does not conflict with such freedom, and instead, allows us to host Israeli speakers in their individual capacity, provided that their institutional affiliations are not included in any advertisement or introduction. See http://www.pacbi.org/etemplate.php?id=1108  [Read  the full text]

Why We Need Academic Boycott: The Struggle for Education at Birzeit University | filmed by Mohammad al-Azz

Why We Question an Academic Boycott

Outsized Outrage: American Anthropologists and the Gifts of BDS | by Marc Edelman

For the past five years I have been involved in research at the United Nations Human Rights Council in Geneva. There I have seen eloquent human rights defenders and courageous victims of human rights violations gain international attention. I have also experienced despair and disgust when diplomats from violator states hold forth self-righteously about human rights while brazenly lying to justify their governments’ atrocities. For me, this exposure to the full horror of numerous well-known and obscure situations in which states and non-state actors trample on human rights — civil and political, as well as economic, social and cultural — inevitably raises the question of “Why Israel?”

Without doubt the state of Israel is responsible for egregious and ongoing violations of human rights that should be denounced internationally, as the AAA Task Force documents in abundant detail. But in the spectrum of violator states worldwide, Israel only attains middling status.  [Read the full text]

When State Legislators Learn about BDS | by Ilana Gershon

I wish I could take a stance that our current vote on BDS doesn’t allow – I want to boycott the Israeli government and support my Israeli colleagues who are working against the Occupation from within Israeli institutions.

Indeed, I have no objection to boycotting Israeli goods and services. Many supporters of BDS have explained to me that this is a boycott of institutions and not of people. For me, the question is: is this separation even possible?

I have decided it is not, largely because I teach students all the time that this is not possible in my classes, ironically, using texts written by many BDS supporters.  [Read the full text]

The BDS Attack on Israeli Anthropology | by David M. Rosen

Targeting Israeli anthropology involves mobilizing the support of a majority of voters among the some 11,000 AAA members and focusing it on a tiny group of Israeli academics. There are no independent departments of anthropology in Israel; Israeli anthropologists typically constitute a junior discipline in joint departments of sociology and anthropology. At last count, there were only about 120 anthropologists in the entire country, and only a fraction of them hold full-time academic appointments. Even fewer are members of the AAA. American academic organizations have been significant gateway institutions that facilitate the participation of this small community of scholars in world anthropology.

Ironically, Israeli anthropologists are probably the most likely to agree with many of the concerns that motivate many grassroots supporters of BDS.  [Read the full text]