Transparency, writes Andrea Ballestero in her introduction to the 2012 PoLAR: Political and Legal Anthropology Review symposium dedicated to the subject (Issue 35, Volume 2), is “a political and legal device” that is “intended to correct the democratic deficits of existing forms of law, bureaucracy, and even subjectivity.” Transparency is premised on the belief that making otherwise unseen processes and information visible in the public arena offers a corrective tool to “check” governance practices.

The articles featured in this virtual edition complicate this premise by exploring transparency as an object of anthropological inquiry. A new open-access essay, Auditing Mi Familia Progresa: Transparency and Citizenship in Guatemala, by Rachel Dotson complements the previously published articles. They collectively illustrate the material practices, negotiations, and even impossibilities of transparency as revealed by the actions and reflections of those who encounter and wrestle with its terms in a variety of contexts. These analyses not only document actions and rituals that emerge from pursuing transparency, but they also illuminate the legalistic and political contours that inform expectations of transparency. In sum, this virtual issue takes readers “deep into the trenches of a transparency-obsessed world,” yielding important observations that Kregg Hetherington critically discusses in his commentary.

Transparency-making Documents and the Crisis of Implementation: A Rural Employment Law and Development Bureaucracy in India
Nayanika Mathur in Volume 35 Issue 2. November 2012

This article examines an attempt by the Indian state to render its developmental operations “transparent” by tracking the implementation of India’s ambitious social security legislation, the National Rural Employment Guarantee Act 2005 (NREGA). On the basis of long-term immersion in government offices, I argue that transparent governance is, quite literally, made by documents.

This article focuses on the official documents Congolese refugees collect as evidence of their persecution to bolster their resettlement claims. I trace one family’s story as it is folded, literally and metaphorically, into an envelope delivered to a UNHCR resettlement official, arguing that the apparent transparency of the resettlement process facilitates and justifies its concomitant opacity. 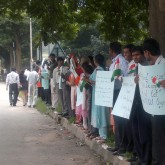 This article explores their attempts to help Delhi’s poor engage with the state as active citizens claiming their rights to welfare. I argue that the work of transparency activists is directed at producing an “ethical scene” in which their poor clients are encouraged to understand themselves as potentially empowered citizens of a nation wounded by corruption and bad governance.

Between 2006 and 2009, Costa Rican NGOs, an aid agency, and local residents were entangled in the pursuit of transparency as a means to allocate funding for their “human right to water” project initiatives. The aid agency conditioned funding to honest and correct implementation as revealed by indicators. This article examines the building of that indicator system, informants’ fascination with producing “speaking numbers,” and the role that laughter played in the process.

Good governance reforms aim to transform African state bureaucracies into efficient, transparent, and accountable institutions. A close reading of loan documents signed by representatives of IFIs and the Malawi government demonstrates how responsibility for such reforms is ascribed to the Malawi government, which “owns” the reforms. The article shows how the conditionality attached to loans fuses legal logic and economics in a characteristic “normativity of numbers.”  [Read Anders’ Postscript]

The Transparent Case of Virtuality
Amy Levine in Volume 27 Issue 1. May 2004

This paper employs cross-instrumental borrowing to describe the way in which, circa the 2002 election, South Korean NGO activists and President-elect Roh seemed to be exchanging methods for crosspurposes, particularly around demands for increased “transparency” (tumyeongseong). My aim is to ethnographically access transparency’s defining mode of emptiness, or virtuality, and how it operates through the movement between being a tool and being ontologically real. [Read Levine’s Postscript]

The outsourcing and offshoring of clinical trials has generated an unprecedented global field of experimental activity. This essay charts the mobility of the clinical trials industry and its move into low- and middle-income countries, illuminating the scientific, economic, and regulatory mechanisms by which this experimentality takes form. It shows the transparency of this experimental enterprise and how it molds itself to international norms and national politics. 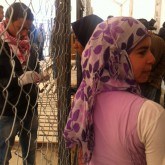 This paper addresses the use of personal narratives in refugee women’s applications for political asylum, which recount past experiences of sexual abuse, intimate battering, and the persecutory nature of cultural practices affecting women. My concern here is to examine how legal advocates elicit and use their clients’ personal narratives for persuasive and programmatic purposes, contemplating a possible synthesis between legal and anthropological modes of “interrogation.”